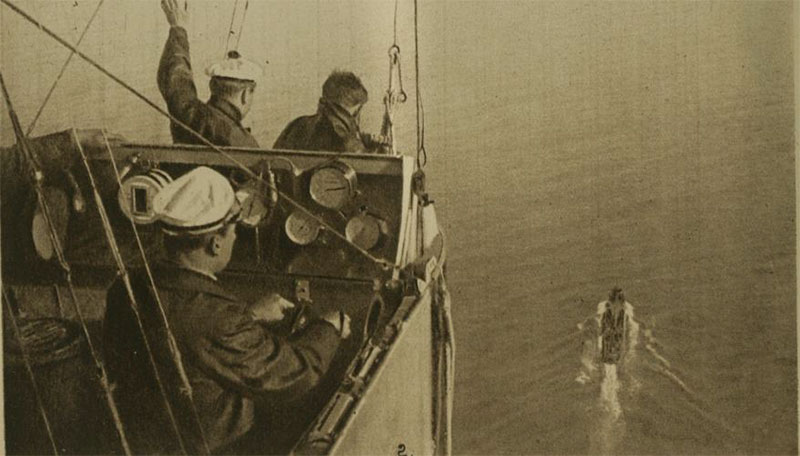 An extremely rare airship statoscope, by Jules Richard -  one of the most highly regarded Parisian scientific instrument makers of the period.

The altimeter was already being used in the form of pocket barometers and recording instruments (barographs), but early 'lighter than air' machines required a highly sensitive instrument.
The statoscope was first used circa 1900 and became one of the most important instruments used with airships and balloons.
It responded immediately to any height gain or loss, very important when operating at low altitudes - especially with cloud cover.

This instrument is in totally untouched original condition.
The outer casing is stiched vellum, with leather straps and carrying handle. The vellum has degraded in places but is generally well preserved for an instrument that is over a hundred years old.
Also included is a copy of an early 'Jules Richard' catalogue. An identical instrument is shown - No 65. This example is No 18.

Very few, if any of these fine early instruments survive outside of museums - below is an example on display in the Science Museum, London.