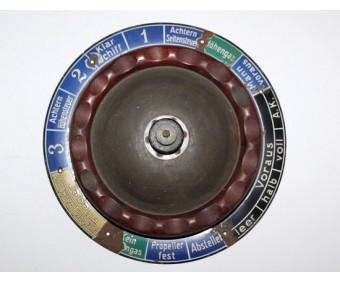 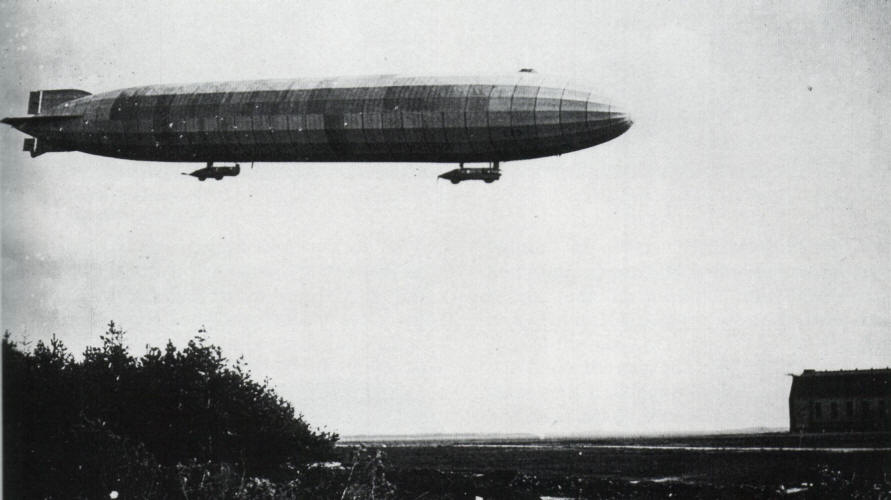 Used, as on a naval vessel, to send commands to the engine control car / gondola.

Recently discovered in East Anglia, and from long term ownership - most likely
from one of the last Zeppelins to be commandeered by the British at the end of
WW1 for research work.

The central wheel and outer enamelled ring are untouched - in the spirit of early
airships we have mounted it on a section of aluminium for display purposes.