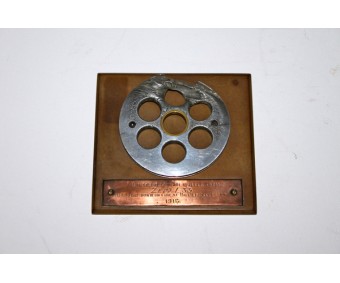 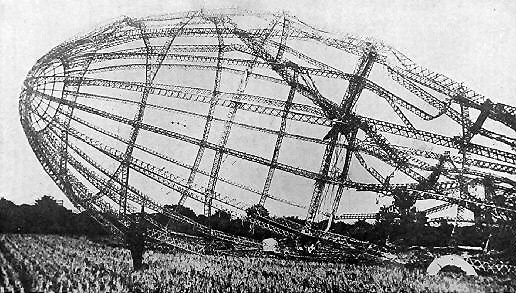 An extremely rare control wheel originating from Zeppelin L 32.
This airship crashed, and was destroyed by fire on the outskirts of Billericay, Essex on 23rd September 1916. All crew were lost.
This item was probably used as a guide, or tensioner wheel, as it is recessed on the outside edge to allow fine cable to pass through.

Part of the wheel is badly heat damaged - this only adds to its historical interest.

Well mounted on a period tile with copper data plate. Interestingly the original engraver not only miss spelt Billericay, but, also added the incorrect Zeppelin !
L33 (as marked) crashed near Colchester, Essex.

This item has previously been in the same family ownership for over 50 years.