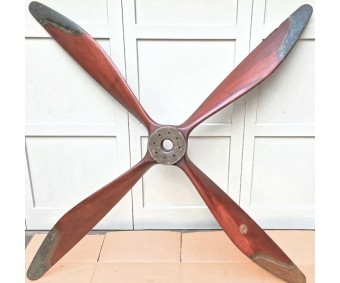 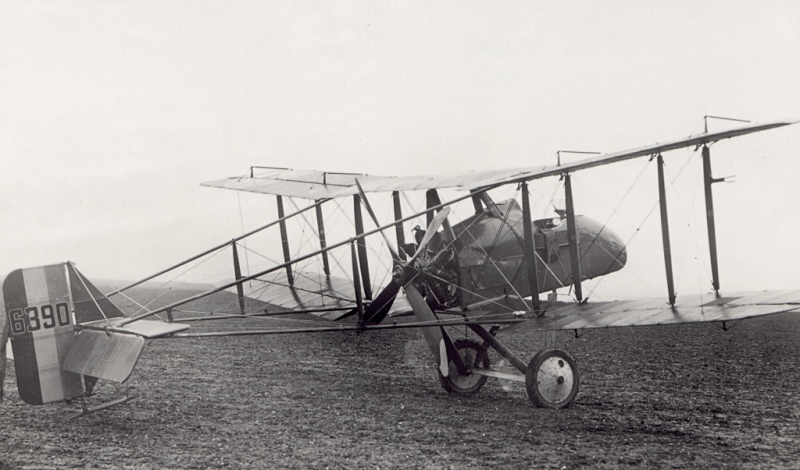 In fully untouched condition displaying a deep patina that can only be attained over a hundred years.
Retaining its original varnish and brass tip protectors, importantly also having the Darracq - London
factory transfer.

There are three minor chips to the leading edge of one of the blades.

The hub is well stamped with engine and factory information:

The F.E.8. first appeared in late 1915 designed as a single seat fighter. A "pusher"
aeroplane (having its engine mounted at the rear)
The synchronization gear had not yet been developed allowing the pilot to fire forwards,
so rear propulsion was used - giving the pilot the ability to operate a machine gun
with unhindered forward fire.

The overall design was good for a pusher aeroplane - the 100HP engine giving a
decent power to weight ratio, but the tail structure caused drag and it was no match
for German fighters when trying to out - manoeuvre during combat. Its service ceiling
being 14,500ft.

Only 295 F.E.8. aircraft were built; so original surviving propellers are unusually rare.
Most were cut down for display purposes or destroyed completely.

Offered for the first time having been in long-term ownership, discovered forty years ago.