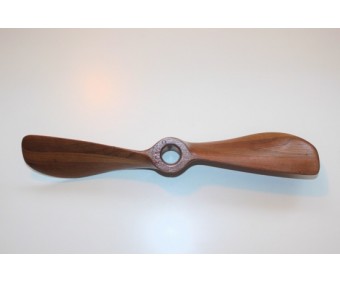 In original condition having attained a good colour with only a small
dent to one blade. As fitted to a generator mounted to the lower wing,
to power cockpit lighting.

The Vimy was a large twin engine aircraft designed for bombing duty during the
latter part of WW1. The war ended before it was put to full use, but continued
service with the RAF well into the 1920's.
John Alcock & Arthur Brown chose the aircraft for their pioneering flight
across the Atlantic in 1919, due to it being the only reliable twin engine
aircraft available at the time.