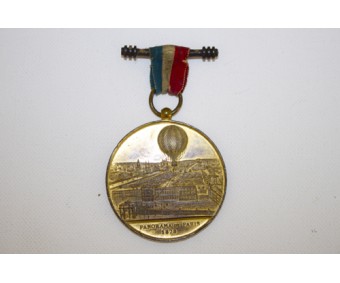 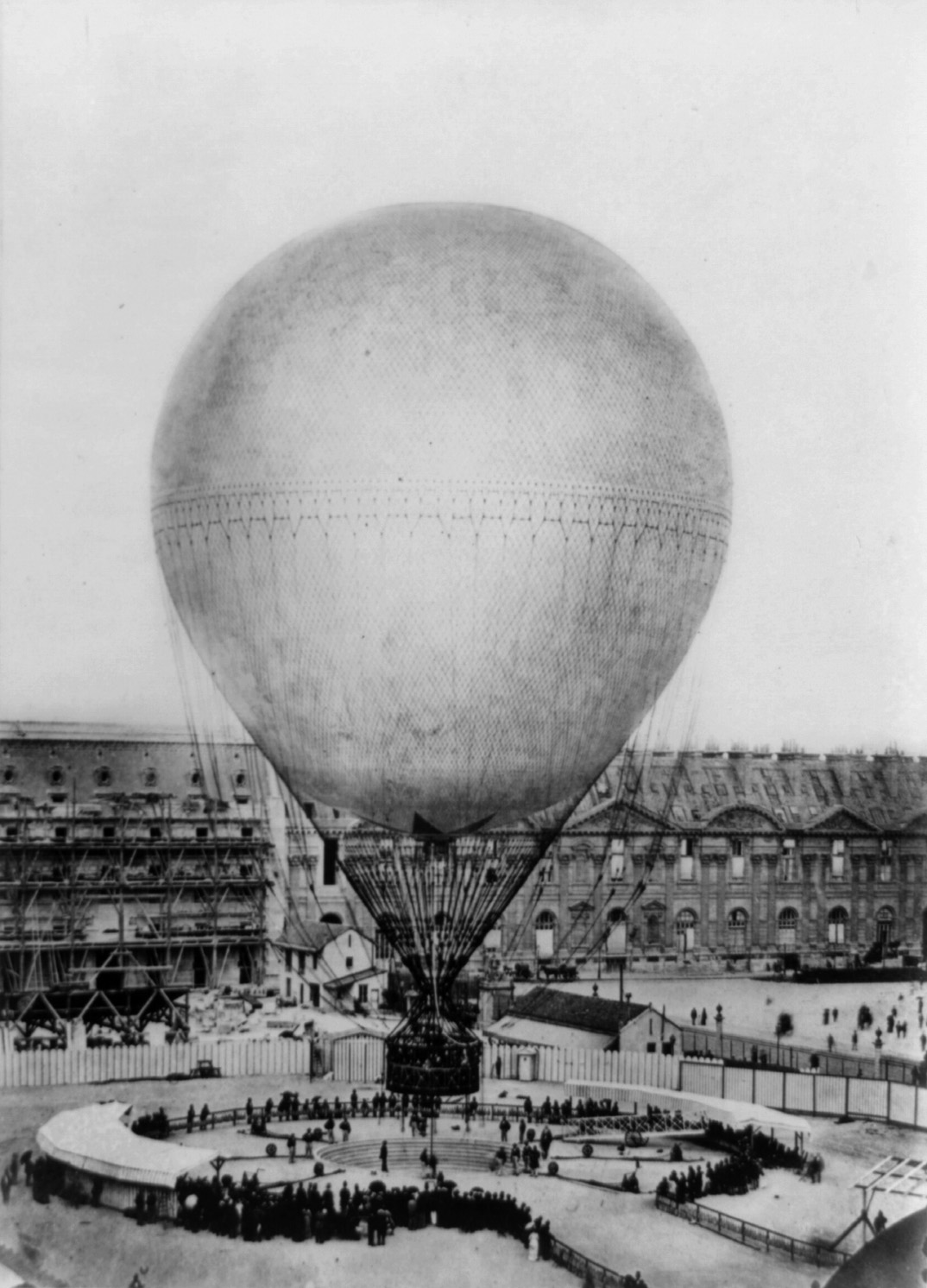 At the time the Giffard gas balloon was the largest captive balloon in the world and could carry up to
50 passengers, who were each given one of these medals as a souvenir of their flight.

The medal is in good original condition with some darkening of the gilt - this could be sympathetically
cleaned, but has been left as original. It also retains its French ribbon and T bar - these are very often
missing from other known examples.

An identical medal can be viewed in the  BRITISH MUSEUM COLLECTION