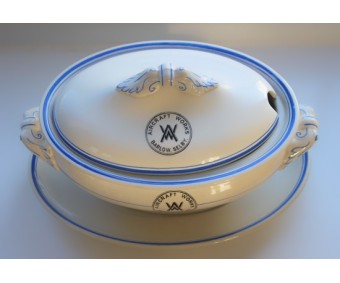 The 'works' only operated from 1916 - 1921. They were a manufacturer and repair works
for airships.

Armstrong Whitworth operated from the base, building the R25, R29 & R33 airships there.
After several major disasters with airships, production ceased, and never resumed.

The gravy boat is in very good original condition, with a couple of very small chips to the base.
There are no cracks, the glaze has 'crazed' slightly in some areas.